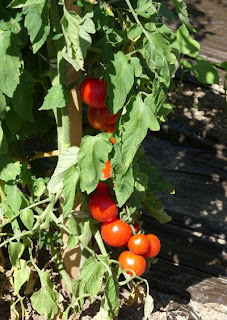 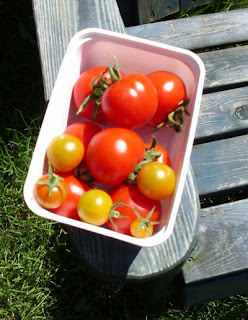 This early tomato, purchased in May as a single plant (about five feet tall) in a five-gallon bucket, is named Fourth of July. And it produced a handy amount of fresh tomatoes on that holiday.

In the second shot, it is shown with some yellow cherry tomatoes, also grown in a five-gallon bucket.

Both plants are covered with green fruit, which can't ripen soon enough.