Over in the Twitterverse, I asked a question of one Todd Garner, who happens to be a movie producer. The query was because one of his next movies stars a certain Brit I greatly admire (although he will be speaking with an American accent, more's the pity.)


Anyhow, through the wonders of tweetledom, he answered me back 4 minutes later. And I realized that the world has gone totally mad when I can be sitting at my computer in little ol' Bangor, Maine, and type in a silly question at a Hollywood producer who likely got beeped on his phone when I sent it. And he answers it. In 4 minutes.

Mad, mad, mad. I can't get a straight answer in my real life, but I can from a freakin' Hollywood producer. 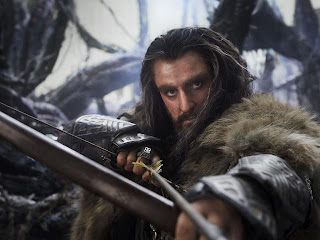 Yup, this would be the British one. Not his look in 'Black Sky' but for the little production he's done coming out in December. This one will be full-on accent, I hear.

What rock have I been under that I didn't realize you have a blog?! :D

Well, it's a sad ol' blog because I can't keep up with everything because I have to work and am trying to build up my own business. And I am new in the RA universe, so my name probably didn't show up before September. Although I've been lurking for a while. (Insert cheeky smirk.)