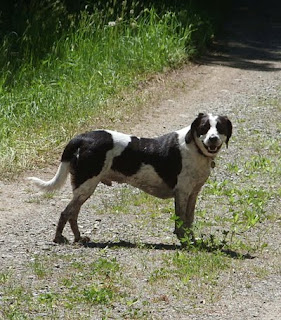 The boy has taken to leaping into a muddy, swampy spot where the pond overflows on our walk at the tree farm. He started doing this last week when the weather started to heat up and has managed to do it every single day since (a couple of times he faked me out and pretended he's walking past only to swerve at the last moment and leap in). Today, however, was the dirtiest drenching he's had. And as you can see, Kai is feeling pretty proud of his achievement. I hate to the bearer of bad news, but tomorrow it is back on the leash until we get well past temptation. 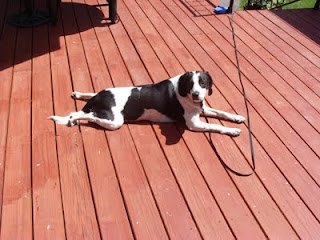 He did clean up rather nicely and was waiting like this while I walked up to take a picture of the tree peony that opened yesterday (in May, no less!). 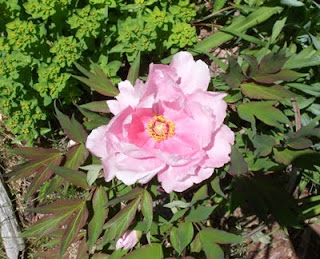 When I got back, he refused to go inside until he walked up to where I had been next to the peony, sniffing my footsteps along the way (I swear I should have named him Sherlock).

Once he was satisfied, he did this. May it make you smile on this fine day.