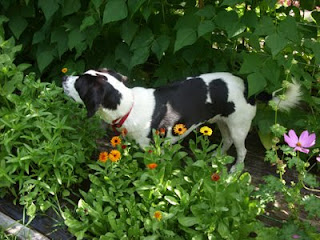 I was out early this morning, trying to beat the heat and pick beans. Kai came along for the adventure - look at that fuzzy tail - and trailed after me in the path.

Faith took these pictures. I am sure Kai was wondering where I went as the pole beans kind of swallowed me up. 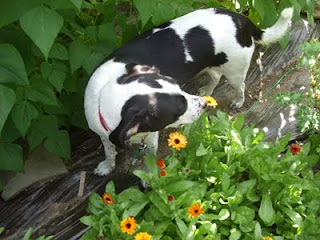 Like any good dog, he decided to sample the greenery and was tasting the zinnias. 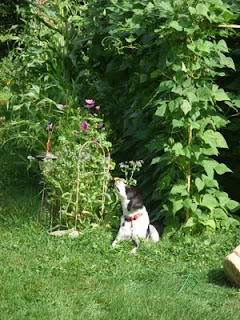 He finally stretched out at the end of the row while I wrassled the beans into submission. 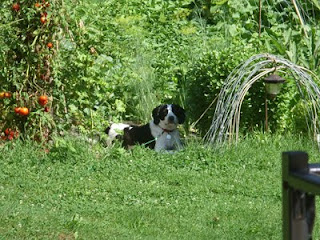 As I made my way through the rows, he settled into a shady spot between the tomatoes and the big basil plants. He ended up rested and ready to go, while I ended up abraided by vines and bug-bitten. I took this shot of him as I carted the garden goodies into the house. Kai refused to budge until he knew we were going inside.

Email ThisBlogThis!Share to TwitterShare to FacebookShare to Pinterest
Labels: Summer 2009