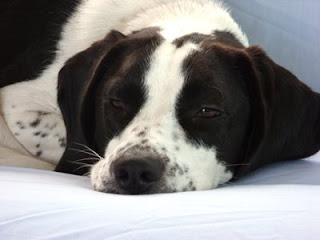 Last week we made another visit to the coast. After Kai and I reunited (it was our first couple of nights apart since he arrived in January), we took a walk and then he was tuckered out. He manned the couch while we had lunch and kept us entertained with his poses. 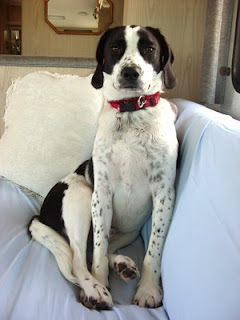 This one put us in mind of those old Civil War-era pictures of soldiers in uniform with their high-necked collars. Kai looks so darn stiff-necked and serious. 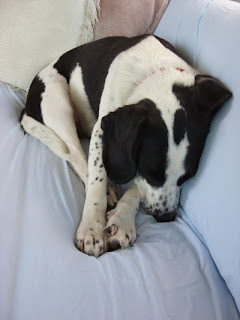 Then he began to stretch out and fell asleep in this most-bizarre position. The front view (above) doesn't tell the whole story. But the picture below does. How did he do that? And sleep for a few minutes like that? 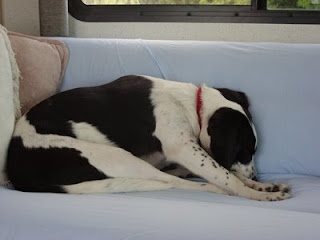 Is it just me or do his legs look like they are longer than his entire body?
Posted by Janine Pineo at 9:32 AM