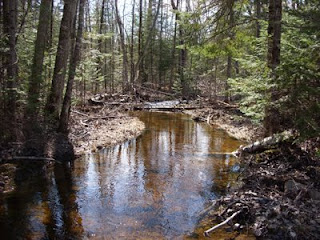 A week later and the snow has disappeared around the brook. It's funny how it is more brown this week than from last (probably from the runoff and all that rain we had). 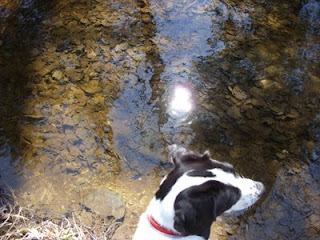 The water in front of Kai is where we were standing last week. Little did I know it was a big ice shelf - egads! Fortunately it isn't too deep, only a few inches, but I would have had wet feet if it had broken through. 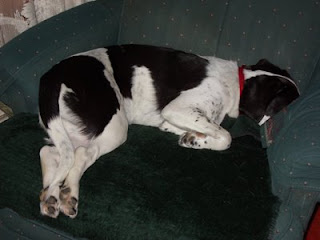 He slept that way for the longest time. I don't know how he was breathing.
Posted by Janine Pineo at 11:35 AM