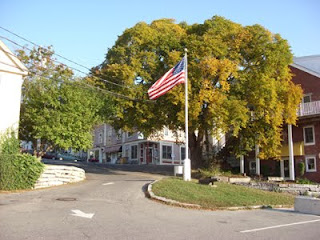 I finally managed to get away for three days and chose one of the loveliest spots in Maine: Castine.

The picture above is from my first morning away - last Saturday - when there was definitely a nip in the air and the morning sun's clarity was luminous. I walked straight to the marina from the Castine Inn that morning and then headed down Perkins Street for one of my favorite walks (everyone waves from their cars or says good morning if they are walking by). 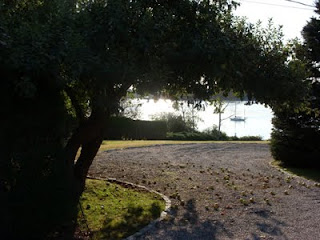 Toward the end of the walk, I got this lovely shot down one of the drives - littered with fallen apples - looking into the harbor. The light is just so dramatic this time of year.

After I marched about the village, I made my way to Cape Rosier, the point of land across from Castine's peninsula, for lunch and the afternoon. 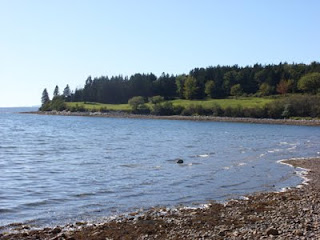 I headed straight for Bakeman Beach (at least that is what the map calls it), which is just a little turnoff from the road. It was bracingly cold, but I had a nice lunch from Bah's Bakehouse that made it seem a bit warmer. I sat there and ate, relishing the absolute quiet that was broken only by the breeze and the occasional bird call. OK, there was some traffic, four vehicles went by in about an hour, I recall. 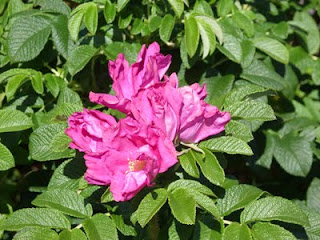 Behind me on the beach were some roses still in glorious bloom (look at that light) and that had already formed their jewel-like rosehips. 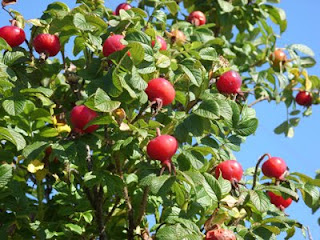 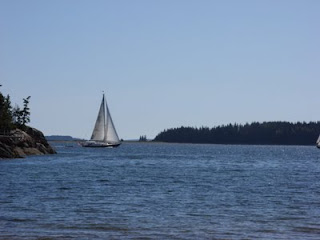 As I sat there eating my lunch, a number of boats came shooting past the little point of land to my left. It was if there was a chute they were being shot out of, so quickly did three of them zip into view. Some sailed around, making a quick loop, before heading back, but the one pictured above sailed across the cove and past the point of land pictured at the start of my Cape Rosier shots. 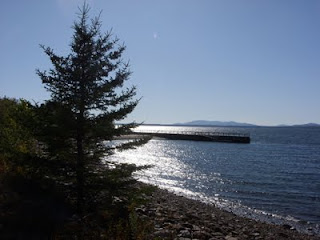 After lunch, I headed around the end of the cape and found myself in the magnificent Harborside. The light was so beautiful as I looked to my left (above) and then to my right (below). Then I headed back to Castine for the night. 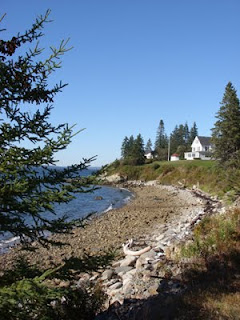